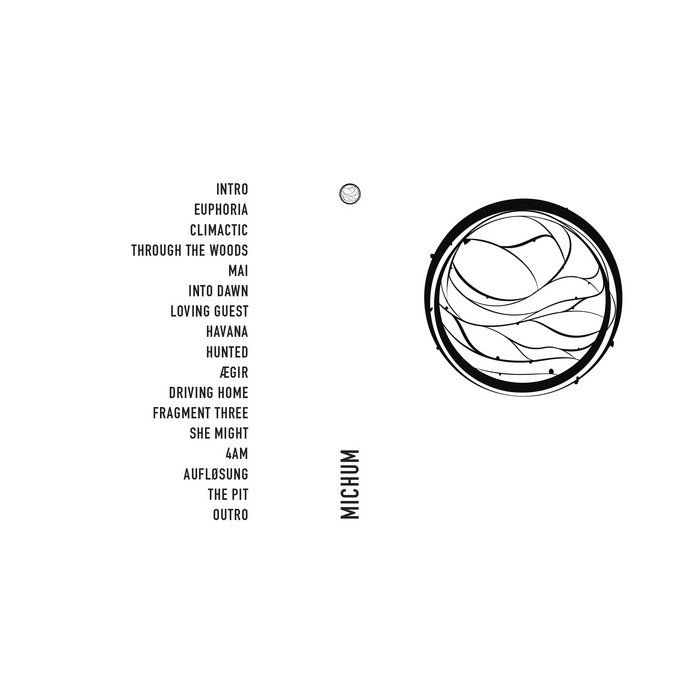 Flutes, chimes, harps, guitars, and other instruments in this carefully-plucked cacophony of pure, elated composition rain and shimmer down over calculated, mindful rhythms, telling a long tale with very few words.

Germany's Michum crafts his sound from aural capacities cultivated from the world's natural selection. Some may be synthesised, but all flow into an organic shuffle of delicate proportions.

Touching on elements of 60s folk, middle eastern melodies, looped portions of hidden noise pathways, and pop structures stretched and demented past the form of any reality, this deep, ambient, sidereal adventure contains a song for any and all, even if it may not be instantly recognisable.

While hip hop and other electronic styles run strong in the blood of this Eastern-bound river, white cells differ heavily from the red. Whereas most synthesised genres will find the beats driving the melodies and other found sounds, this album takes a completely different turn and siphons direction from floating suites of airy speckling blips and mounds of static fuzz. The rhythms, while integral to the process, are merely a husk of a host to the hypnotic parasite found burrowing in the flesh and soul of Michum.

Sink into the elevated arms of this guide, the Host of Predilection, and let the phantasmal cast carry you into a translucent beyond.

Bandcamp Daily  your guide to the world of Bandcamp

MF DOOM is given his flowers, plus appearances from MC Jada Imani and Stanley Ipkuss